Beginning with Mustang 10, the players are playing real baseball in accordance with The Rules of Major League Baseball as well as specific PONY rules that are in place to supersede the MLB rules where appropriate such as pitching, substitution, re-entry, etc.

With scaled down bases and pitching distances, players react quite favorably to the greater challenge of the game and have little difficulty mastering the transition.

Pitching
(a) Pitchers shall not pitch in more than 2 innings per game or calendar day.
(b) A pitcher may not pitch more than 4 innings in a week.
(c) The pitching week is Monday through Sunday. (d) Pitching distance: 44 feet.
(e) For make-up games, pitching restrictions that would have applied on the original date of the scheduled game no longer apply. Pitching restrictions in effect at the time of the make-up game apply.
(f) A pitcher may not pitch more than four innings on two consecutive days.
Fielding
(a) Free substitution will be used in the field with a minimum playing time of four defensive innings for each player.
(b) All players must play at least 2 innings in the infield in a 6 inning game. If the game is less than 6 innings a player must play at least 1 inning in the infield during the first 3 innings (due to the fact that many games do not go the full 6 innings).
(c) No player may sit out more than six consecutive defensive outs.
(d) No player may play more than 3 innings at the same position.
(e) Once removed from the lineup, a pitcher may return but shall not pitch again in the same game.
(f) Penalty for violating these rules is forfeiture provided that the offending manager is given the opportunity to rectify the situation once it has been brought to his/her attention.
Hitting & Base Running
(a) A continuous batting order shall be used.
(b) The strike zone is that space over home plate which is between the batter’s armpits and the knees when the batter assumes a natural stance. The umpire shall determine the strike zone according to the batter’s usual stance when that batter swings at a pitch.
(c) Bunting. Bunting is allowed in Mustang 10, but not in Mustang 9. If a Mustang 9 batter bunts, it is a dead ball and will be replayed. Each team will get one warning per game. On the second occurrence by a team, the bunt will be considered a dead ball and an out.
(d) Infield fly rule will be enforced.
(e) Distance between bases: 60 feet.
(f) Leadoffs are not allowed. A runner shall not leave the base he/she is occupying at the time of the pitch until the pitched ball has been hit by the batter.
(g) Mustang 9 – There is no stealing.
(h) Mustang 10 – Regarding stealing, a runner shall not leave the base he/she is occupying at the time of the pitch until the pitched ball has reached or passed the catcher. A runner may not steal home and the umpire must send the runner back to 3rd without the threat of being put out. After the runner is sent back, that team will be issued a warning. After a warning is issued, any subsequent runners stealing home will be considered out.
(i) A runner on 3rd base can score only on a play that begins with a batted ball, except for force play situations such as bases loaded and the batter is walked (a “wall at third”). Additionally, a runner stealing 2nd base may not advance to 3rd base on a continuation of the same play.
(j) A runner attempting to steal 3rd base cannot score on an overthrown ball at 3rd base. If the runner attempts to score on such a play, the umpire must send the runner back to 3rd base without the threat of being put out.
(k) Continuation plays are prohibited. A runner may not advance past the base awarded for a walk until the first pitch is thrown to the subsequent batter. However, in Mustang 10, a runner on second base may attempt to steal third on ball four to a batter.
Bat Regulations
Bats for Mustang may not exceed 33 inches in length and may not exceed 2 3/4" inches in barrel diameter. The weight differential (i.e., drop) may not exceed -12. Metal and alloy bats must have a BPF of 1.15 or less. Composite barreled bats meeting these requirements will be allowed if they are approved for Little League play as evidenced by a stamp
Miscellaneous
(a)  Slaughter Rule.
If a team is leading by twelve or more runs after at least four innings (3 ½ innings if the home team is leading), the game is over.

(c) Time Limits.
No new inning may begin more than one and three-quarter hours after the official start of the game even if it is the last game of the day and there is no game scheduled on the same field after the current game. The umpire determines the official time a game begins. The time limit shall not include weather-related delays. 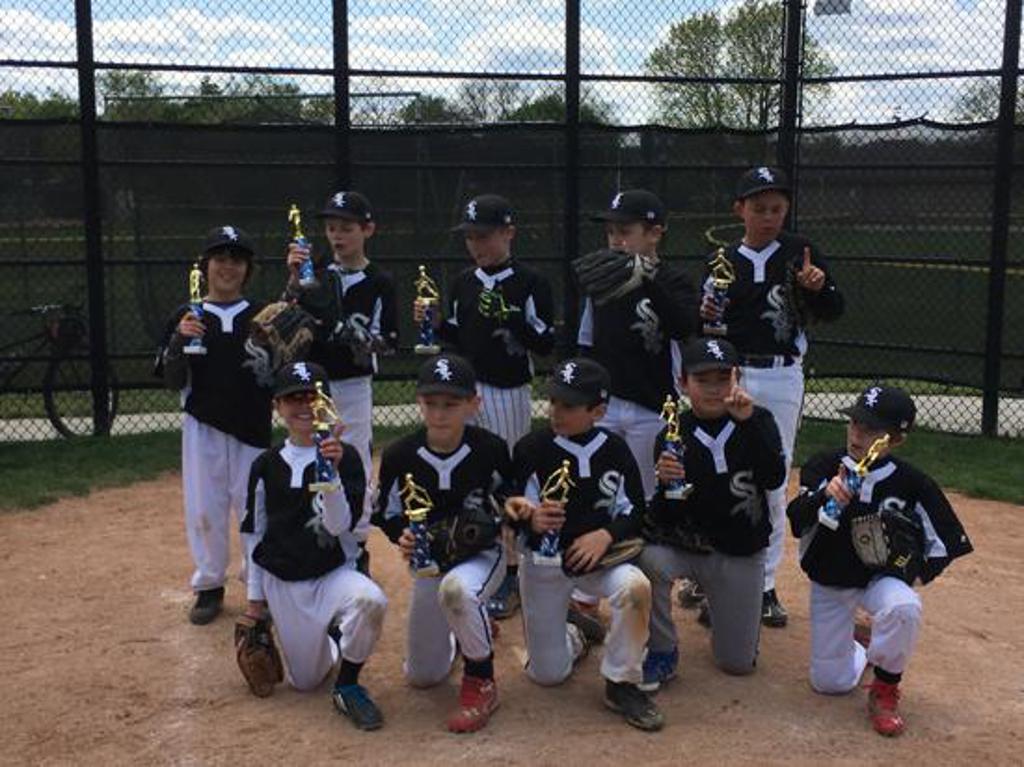