The Bronco division is a continuation of the philosophy to fit the diamond to the physical potential of the players.

The bases and pitching distances are scaled up slightly from the Mustang division.

The transition diamond used in Bronco division, permits infielders and outfielders to select their defensive positions in relationship to the anticipated speed of the ball when they field it.

Without this transition diamond, Bronco players play their position disproportionately closer to the bases, infield and pitcher.

This diamond positions the infielders and outfielders in direct proportion to that assumed by Major League Baseball players and permits the younger players to play the game as it was designed to play.

The Bronco rules of PONY shall apply except for the following local modifications of those rules.
Pitching
(a) Pitchers shall not pitch more than 2 innings in a game or on one calendar day.
(b) A pitcher may not pitch more than 5 innings per week.
(c) The pitching week is Monday through Sunday.
(d) Pitching Distance: 48 feet.
(e) For make-up games, pitching restrictions that would have applied on the original date of the scheduled game no longer apply. Pitching restrictions in effect at the time of the make-up game apply.
(f) A pitcher may not pitch more than four innings on two consecutive days.
Fielding
(a) Free substitution will be used in the field with a minimum playing time of 4 defensive innings for each player.
(b) No player may sit out more than six consecutive defensive outs.
(c) Once removed from the lineup, a pitcher may return but shall not pitch again in the same game.
(d) No player may play more than 3 innings at the same position.
(e) All players must play at least 1 inning in the infield in each game.
(f) Penalty for violating these rules is forfeiture provided that the offending manager is given the opportunity to rectify the situation once it has been brought to his/her attention.
Hitting and Base Running
(a) The strike zone is that space over home plate that is between the batter’s armpits and the knees when the batter assumes a natural stance. The umpire shall determine the strike zone according to the batter’s usual stance when that batter swings at a pitch.
(b) Distance between bases: 70 feet.
(c) Leadoffs are allowed.
(d) Balks are called.
(e) A batter/runner may run on a dropped third strike.
(f) A runner may steal home.
(g) All continuation plays exist – ball is live on any play and players may continue on a walk to steal 2nd base.
Bat Regulations
Bats for Bronco level may not exceed 33 inches in length and may not exceed 2-3/4 inches in barrel diameter. The weight differential (i.e., drop) may not exceed -12. Metal and alloy bats must have a BPF of 1.15 or less. Composite barreled bats meeting these requirements will be allowed if they are approved for Little League play as evidenced by a stamp on the bat. Wood bats meeting the length and width requirement are allowed.
Miscellaneous
(a) Slaughter Rule.

If a team is leading by twelve or more runs after at least four innings (3 ½ innings if the home team is leading), the game is over.
(b) Game Length.

6 innings.
(c) Time Limits.
No new inning may begin more than two hours after the official start of the game even if it is the last game of the day and there is no game scheduled on the same field after the current game. The umpire determines the official time a game begins. The time limit shall not include weather-related delays. 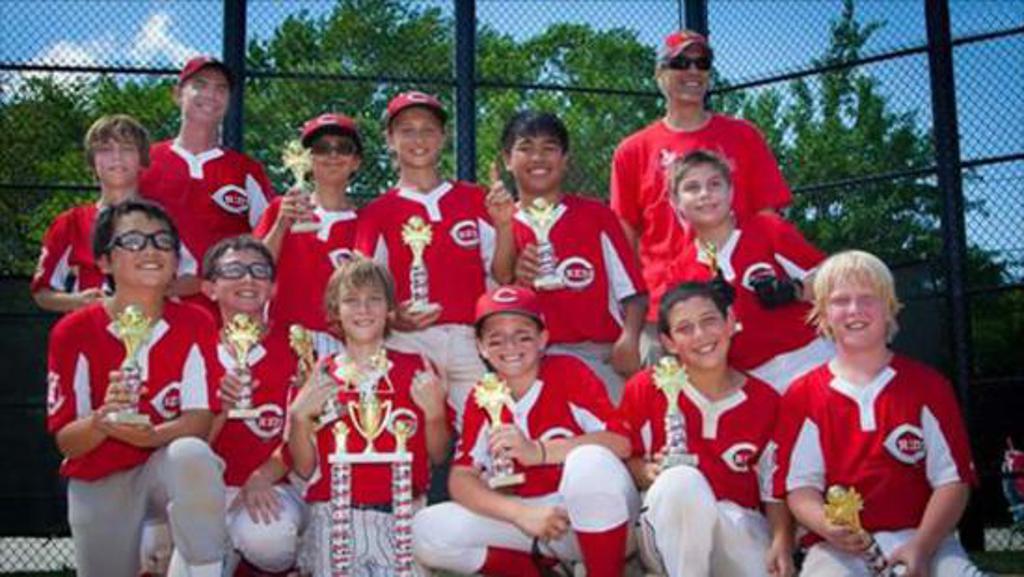